When I was pregnant, I started to make a list of newborn clothes that I’d need before my baby girl’s arrival. My mother-in-law (who’s Spanish) asked me if my daughter had enough bodys.

I’m sure she didn’t mean to say cuerpo, the Spanish word for “body”. After some clarification, I realized the Spanish body is this:

Basically, un body is a leotard, or bodysuit. And in the case of baby’s clothing, it’s a onesie.

I’m assuming that the word body is just the abbreviated, anglicized version of “bodysuit”, a close-fitting garment that covers the upper torso only.

So a body can also be this:

That brings me to the next confusing word.

Oh, my false, false friend. Leotardos are not leotards as in the top part of a ballet dancer’s outfit, as shown above. In fact, leotardo in other Spanish-speaking countries are “leotards” in English.

But if you do a Google search on “leotardos España”, what do you see? Something like this: 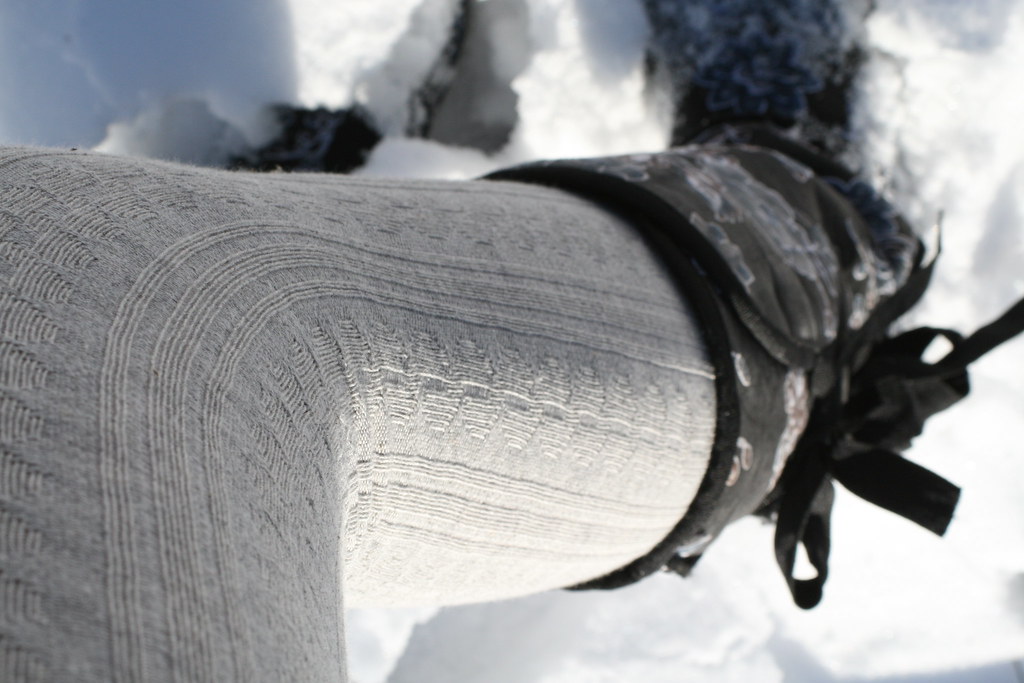 Winter tights! Not just any tights, but thick tights (usually of made of wool) and worn under skirts. They have weird seams in the crotch area, and they cover the legs, hips and butt area and are usually footed.

In fact, it’s quite acceptable for baby girls and baby boys to wear leotardos in the winter. (US moms of baby boys, it seems weird for us to put our little manly men in leotardos. But as a mom, I admit they’re quite practical. Embrace them, I say.)

I bring up bragas because of this word…

Are you wearing a panty under that dress? Yes, you are most likely wearing bragas, but what about panty? Panty is sheer, tight-fitting hosiery that covers the hips all the way to the toes. They’re “pantyhose”, people. They’re usually made of nylon, and they’re uncomfortable as heck.

Usually, women wear them. But please don’t underestimate the usage of these mesh coverings. They’re quite handy and have all kinds of uses, including this:

But please, don’t stop there.

Mallas and leggings are used interchangeably. In fact, the term leggings does not even exist in the Real Academia Española, the official institution that oversees the Spanish language. But I see the word leggings used everywhere, H&M, Zara, LIDL… Give leggings a few years to make in that big book o’ Spanish words.

Leggings are stretchy material and thicker and sturdier than tights, and they won’t run. They’re opaque at the crotch and are worn under tunics and short dresses, or for exercising:

A few years ago, it was declared that leggings are not pants (here and here). But I beg to differ because people are confusing tights with leggings. And it has to be done right. Correct me if I’m wrong, but I would call these leggings (below) because a grown woman wears them (versus being called mallas for a young girl). But I think it’s a term that’s still morphing.

ONE MORE CONFUSING ANGLICISM IN FASHION

The other day, I also saw this ad by LIDL. This is when huge companies start to misuse fashion terms, and diffuse it to the general public: It says jeggings de pana, which means corduroy jeggings. But the real definition in English of “jeggings” is the hybrid of the words “jeans” + “leggings” = jeggings!

That is, snug-fitting trousers meant to resemble the look of jeans. Pana means corduroy, so we have corduroy denim leggings? This is where I draw the line. Someone call LIDL before it starts giving out more fashion misinformation.

“Cuerpo” in Spanish is “body” in English.

“Body” in Spanish is “leotard” in English.

“Leotardo” in Spanish is “tights” in English.

“Jeggings” in Spanish is totally wrong according to LIDL, and Spanish languages users need to refer to fashion magazines circa 2010.

One more thing, given the intertwined fashion and linguistic trends, I have a prediction of a new Spanish word in fashion. You see, according to Business Insider, the following was a “ hot trend in menswear” in January 2013: the mantyhose.

In Fall 2015, that up-and-coming word and fashion trend in Spain will be…

Iberian machos, what do you think?